David de Hilster is founder and president of SambaLá Samba School, event producer, and samba singer and percussionist from the United States. He is best known for being founder of SambaLá Samba School, Unidos do Mundo 2000 and 2001, the Brazilian Street Carnaval of Long Beach, producing two years of the Brazilian Day in Los Angeles, and for being the first non-portuguese samba singer to sing in Rio's famed Sambadrome. 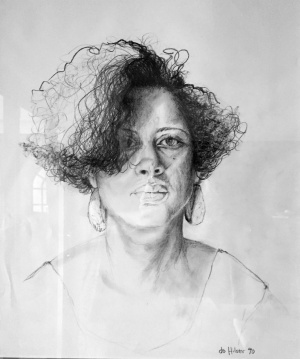 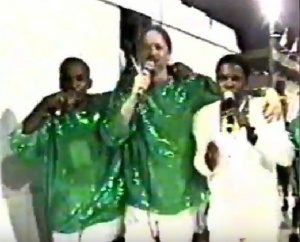 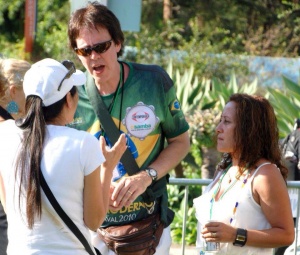 David de Hilster with his wife Doris de Hilster during the 2012 Brazilian Day in Los Angeles where they produced and directed the event for two years in conjunction with the Brazilian Consulate of Los Angeles
David de Hilster has produced many samba projects locally, and internationally. Besides being the founder of SambaLá Samba School, David has been producing outdoor events for over 20 years including the Brazilian Street Carnaval of Long Beach and the Brazilian Day in Los Angeles. He also was the founder and producer of the world-wide samba home pages and Unidos do Mundo 2000 and 2001 which he produced along with Alessandra Pirotelli.

David is also active in physics and has a YouTube channel Dissident Science, is president of the world-wide science group the John Chappell Natural Philosophy Society, and is current co-authoring the book "Universe Hack 3.0 - A No-Math Physical Model of the Universe" with his father Bob de Hilster.

David currently resides in Boca Raton Floriday and is married to clothes designer and carnaval artist Brazilian and Rio native Doris de Hilster (1989), with whom he has one daughter Luanda de Hilster (2005).